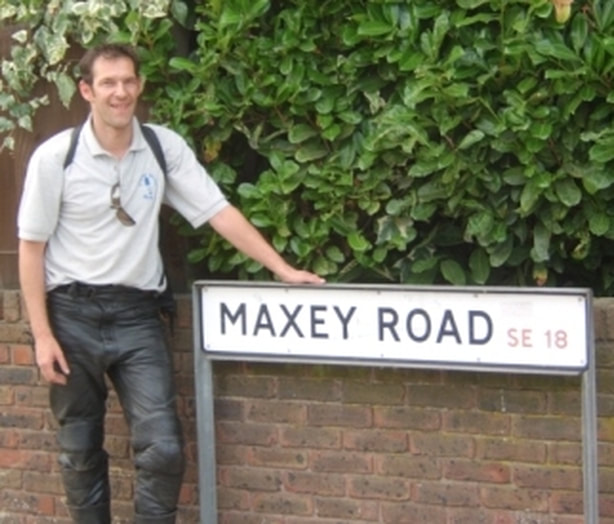 Rick at Plumstead, where his beloved AMC bikes were made.


​Some days we all feel we will live forever but in our hearts we know one day we’ll die. When that happens, few will be as fondly thought of as the late Rick Edwards.


Through the AJS and Matchless Owners Club and the Heart of England Section Rick touched the lives of members throughout the world. He was well known from the club’s rallies, his time working at Kettering and by his ‘Piston Ring King’ business. 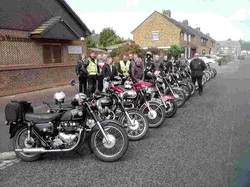 Rick's funeral honour guard
Rick passed away from cancer on 21st June 2011 at a tragically young age. His widow, Louise, gave him a send off which perfectly reflected Rick’s love of life and bikes. Heart of England organised a motorcycle honour group to follow the cortege and Rick’s friends did him proud. There were droves of bikes, mainly all AMC, which would have brought a smile to Rick’s face. A huge crowd attended the funeral service to say their last goodbyes to him, so many people that the majority had to stand. People had travelled many miles to come and honour Rick. It was humbling to see the number of people whose hearts he had touched. 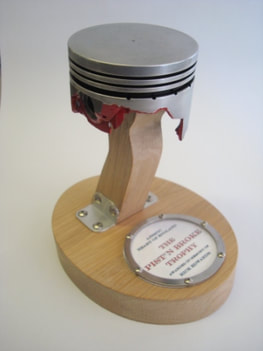 The Pist'n'Broke
Rick was an extraordinary man. He constantly surprised, amused and entertained us and could never be described as ‘your average guy’. Following his loss, Heart of England section wanted to show the love and esteem in which we held him. Discussions took place and it was agreed to commemorate him.

Rick had always joked that Heart of England had no section trophy as were all too ‘pissed and broke’ to arrange one. No more, as revealed at our annual dinner in February 2011. Barry Plumb had handmade a beautiful trophy, in memory of Rick, for presentation each year in perpetuity.

The trophy carries the title The 'Pist'nBroke' Award, a reminder to us all of Rick’s wonderful sense of humour. It is made to aeronautical standards and holds aloft a broken piston which covered thousand of miles in its distressed state. It can be awarded for the most amusing cock-up of the year or simply to show the esteem in which a member is held. The award is a fitting tribute to a lovely guy who will always be fondly remembered by us. May he rest in peace.
Recipients

2012 - John B for boldly leading us where no man had gone before (nor were they supposed to!), straight across the aircraft runway at North Weald on the Alternative Rally. It is especially pertinent that John should be the first recipient as he was one of Rick’s closest friends.

2013 - Lawrence for publishing that our pub landlady was pregnant. Despite the fact that the article was published on April Fools Day many members congratulated Angie. After about twenty sets of good wishes to her we were lucky not to be thrown out of the pub. The little bootees were the final straw…..

2014 - Barry and Pam partly for being foolish enough to volunteer to head the Alternative Rally administration but mainly because Pam did such an inspired and spirited mudslide down a steep hill on our Winter Walk. The Olympic bobsleigh team was slow and dull in comparison……..

2015 - Simon for having a bike with a piston that had almost as much movement sideways as up and down!
2016 - Charles for sky-diving on a Matchless
2017 - Jon for Leading us astray on scramble course
2018 - Nigel for his imitation of the Dam-busters with his top-box
2019 - Bob N for his maturing AJS twin and an amazing performance at the Inter-Section quiz...
2020 - Mark for failing in the technical task of securing his headlamp rim, attempting to run his bike on a blend of petrol and rainwater, buying a lightweight in the first place and worst of all; OMG – owning two JAWA! 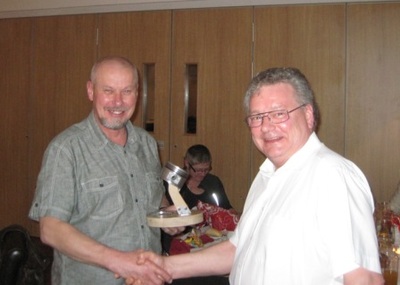 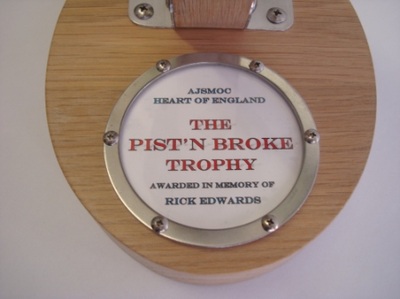 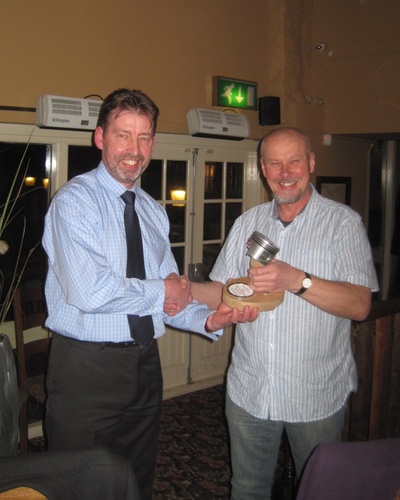 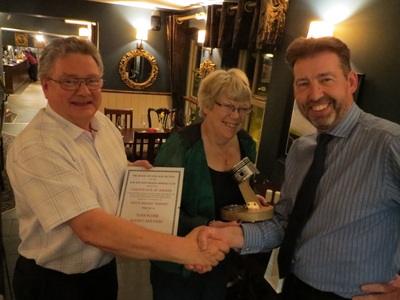 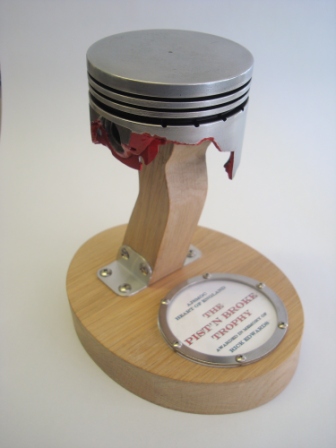 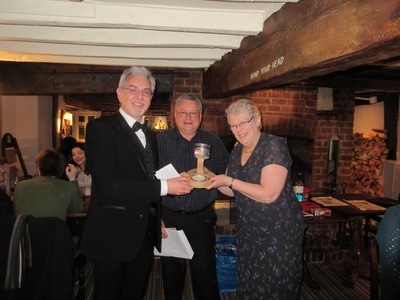 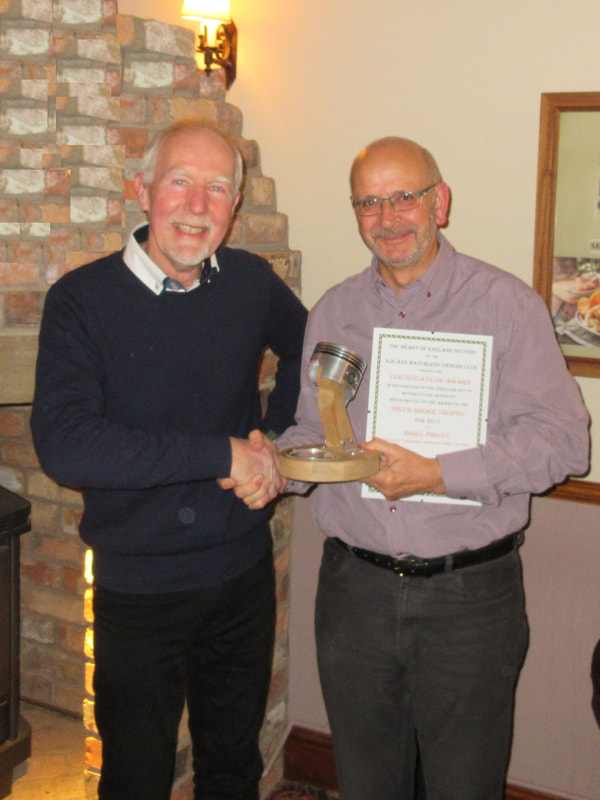 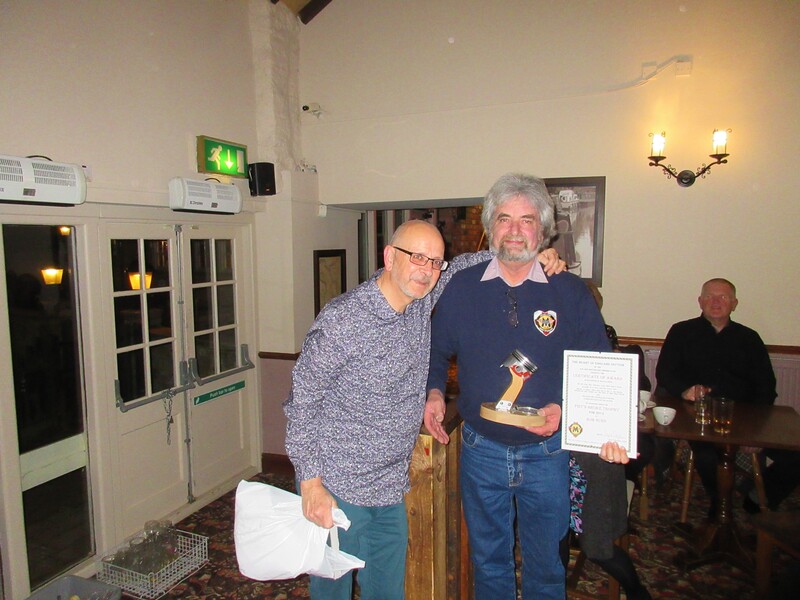 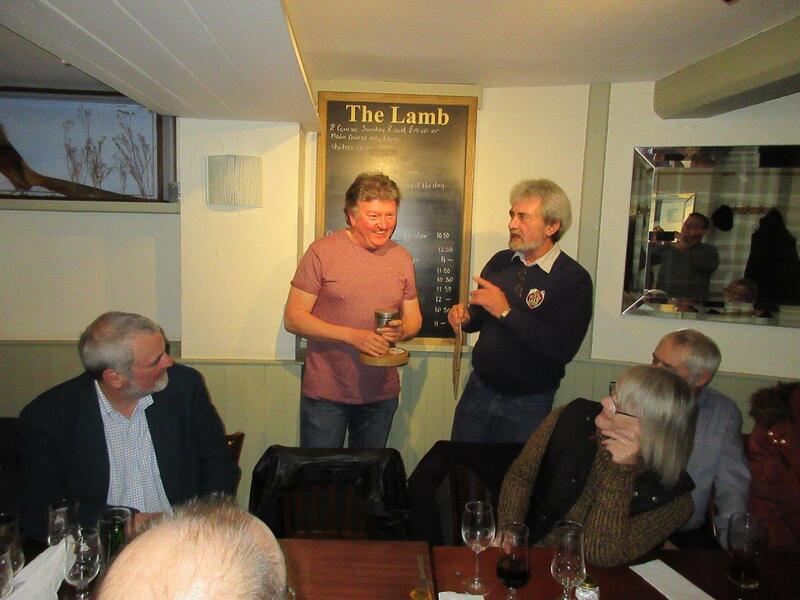